Updates from the world of Jonathan

I just haven’t had enough time to blog recently, so here’s a bunch of (seemingly) random stuff all in one post.

Johannes gave me a really cool Christmas gift. In an episode of the IT Crowd, the guys thought it would be really funny if they played a prank on their manager by giving her “The Internet” in a box that they borrowed from the Internet elders. We’ve been making lots of jokes about this (YouTube video here, but you should watch the full episode), and for Christmas I got a replica of The Internet in IT Crowd. Awesome! It looks very similar to the one in the story: 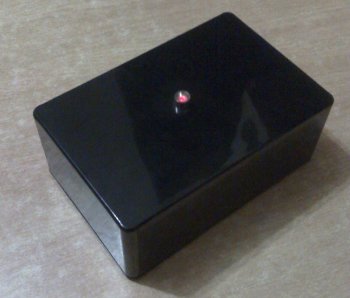 I attended the “Lucky Litchi” Geekdinner last month. I enjoyed catching up with people again and the food was good (although some of us felt that it was a bit too little). Mike Stopforth gave a talk about Jack’s and Aces which I quite enjoyed. Basically, Aces are typical geeks. They focus intensely and specialise and usually get the job done. Jacks are people who start lots of things but don’t necessarily finish them. They are don’t specialise so much and are more jack-of-all-trades kind of people. He also explained how both kind of people are important to make our world work. I think I used to think of myself as an Ace more before that talk, but afterwards I think I’m more of a Jack, and I feel better about it too. Jonathan Endersby did a kareoke talk (a talk on a subject and slides that he’s never seen before) on “The Joys of Scrapbooking” that was brilliantly prepared by Kerry-Anne. 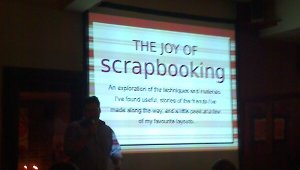 Ikamva Youth Does It Again

Ikamva Youth did a great job again in 2008 with their Matric students. They maintained a high pass rate and 68% of them will be able to study further at university. They also recently started working in Gauteng in Midrand.

AJ Venter arranged the KDE4 release party in Cape Town. It was quite small, but it was interesting hearing people talk more about KDE for a change. I also got a free copy of AJ’s poetry book “Batteries not included“. I’ll give KDE a proper try again when Jaunty is released.

Debian 5.0 (Lenny) is released. I bet R50 against Morgan that Lenny would be released before the end of 2008. Unfortunately I lost that one. I’m glad that it’s finally released though. 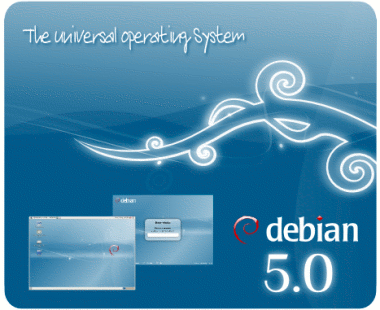 I received study material for 2 of my subjects. It’s a lot to work through. The documentation that I glanced over so far says that I’ll need 8 hours a week per subject *gasp*. I hope to make more time available for that later, although I still need to check when my first assignments is due and make sure that I’ll be able to cope with that. I’ll give a proper update on this once I’m more or less on track on this!

Last year in November I went to work full-time for Zanix Software Systems, a company that I have founded. I was a bit uncertain about doing it at the time, since the world economic status wasn’t looking quite good (not that it’s looking that much better now), but I’m very happy to report that it’s doing quite ok. I haven’t achieved everything I wanted to at this point yet, but Rome also wasn’t built in a day. I’ve been getting more help in to assist on our projects. 2008 wasn’t a wonderful year for me personally financially speaking, but I’ve already recovered my losses for 2008 so far in the first month and a half of 2009. I’m very grateful that I’m able to do what I’m doing and if things continue this way then 2009 will be my best financial year yet. I hope that it spreads into other parts of my life too :)

Exactly a week ago I turned 27. We had a nice little party at home. Thanks to everyone who bought me nice gifts. I received lots of gifts from people who I didn’t expect anything from, which makes me feel slightly guilty for not getting them anything for their birthdays, but at least I have the rest of the year to make up for it again. I usually like the even-numbered years more, but I have a really good feeling about 27.

There’s more stuff (like getting a collective 3rd place in a very fun trivia evening, my experience with registering as a voter or a strange talk that I attended on “Development is broken and mobiles broke it!” at UCT), but this entry has gotten too long already. I guess I should do more microblogging to keep things from heaping up.