What should become of Edubuntu? 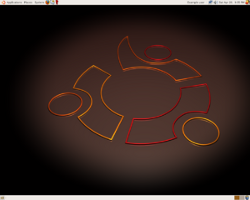 Edubuntu was initially created based on discussions that took place at the first Edubuntu Summit that took place in London in July 2005. The first release of Edubuntu aimed to be a turn-key solution that provided an LTSP computer lab with the best educational applications that were currently packaged in Ubuntu. It was to Ubuntu what the K12LTSP project was to Fedora, and schools around the world took advantage of the benefits that Edubuntu offered.

As time progressed, there were 3 full-time Canonical staff working on Edubuntu and Education withing Ubuntu. There was even a full time Ubuntu Education Manager. A technical problem that plagued Edubuntu since the very start was the amount of free disc space on the CD’s that were distributed. Often, funcionality or language packs had to be removed that would otherwise be in Ubuntu to make space for the programs and libraries that was shipped with Edubuntu. LTSP had become incredibly easy to install on Ubuntu, to the point that it was just an installation option from the installation CD, which impacted on the need for the turn-keyability of Edubuntu. Since the Edubuntu and the Ubuntu disc already shared about 90% of the same data, it made sense to make Edubuntu an add-on CD to Ubuntu. That way, there’s much more free space available on the installation disc, and the ease of installation of an LTSP lab wasn’t really compromised, all that was required after an Ubuntu LTSP installation was to insert the Edubuntu disc and install the required packages. Edubuntu was also adapted to Intel Classmate PC‘s and other netbooks used in education and is installable via a USB flash drive.

Thanks to the hard work and dedication of Jordan Mantha, who has been juggling his work and his dissertation with Edubuntu work, there has been an Edubuntu release with this release of Ubuntu (Jaunty) and the previous one (Intrepid). If it wasn’t for Jordan, these releases simply wouldn’t have existed. The Canonical staff that were involved full-time either moved to other projects where they were more needed, or moved on from Canonical alltogether. Edubuntu is currently completely a community driven project with the backing of Canonical in the form of hosting, build services, bug trackers, etc, similar to the Xubuntu project. If there’s no community, there’s simply no Edubuntu at the moment. This isn’t necessarily a problem, back when we had 3 full time Canonical staffers working on the project, it certainly had an effect on the growth of our community. When there are people who are paid to do the work, then everyone assumes it will be done and they get less involved. When the involvement of the Canonical Education team was the highest in Edubuntu was when community participation dived to its lowest. Unfortunately, community participation hasn’t recovered yet. I do think however that one full-time staff member in Edubuntu would be beneficial.

With the last few releases, I’ve been asking myself whether I really want to continue being part of Edubuntu. I haven’t been contributing, and I didn’t want to be in it half-hartedly. Yesterday I got a notification from Launchpad that my Edubuntu membership is about to expire, and I considered just deactivating my account, and then I realised that I really do want to be part of this, but it has to be pretty much all or nothing.

I believe that the Edubuntu project is neccessary and that it will add value to the education world, but in order to make it grow again we need to fix its vision and goals, and get people involved that care about the project and who wants to make Ubuntu the killer system for educational environments.

I think we need to answer the following:

I’m sure that Canonical had certain goals in mind when Edubuntu was founded, and I also don’t think that the project has quite become what they have hoped it would be. I think it’s important to satisfy the needs of the users of the project as well as the sponsors.

Some people suggested that it’s better to contribute to the upstream educational projects rather than Edubuntu directly. I think fixing upstream bugs and adding features is awesome, but having a pre-packaged solution for teachers is equally cool and just as important.

I’m sending a link of this entry to the edubuntu-devel list, where I hope that Canonical will provide some answers on the future of Edubuntu. Feel free to follow and get involved in the discussions there.