What’s been happening with Edubuntu?

I don’t blog nearly as much as I’d like to (but more about that in another post), which is why I think it’s about time that I make a catch-up post on what’s been happening in the world of Edubuntu during the Lucid release cycle. Edubuntu 10.04 is due for release on the 29th of April. It’s just about finished and tomorrow’s daily build should be pretty close to the actual release.

New Stuff in Ubuntu and Edubuntu 10.04

Edubuntu 9.10 was our first release that returned from being an add-on CD to a full installation disc. It had a big problem though, it was almost double the size what it needed to be. The alternate installation that shipped with the disc required for LTSP installation meant that every program and its files were shipped twice on the image, resulting in a very bloated disc. It was unavoidable at the time though but for Lucid we have managed to integrate everything that’s required for a full Edubuntu setup into the desktop LiveCD, so no more alternate installation is required. The effective overall gain on the Lucid installation media is about 1GB. We don’t want to waste space since the current 2.2GB image is already quite heavy on mirrors, but at it is good to know that we have some more leeway when we want to add more features.

Edubuntu now provides the fastest way to get an LTSP server up for experimental or demo purposes. Simply boot from an Edubuntu Live Disc or USB MSD, select “Start LTSP Live” from the Other menu and choose an interface it should run on. About 2 minutes later you’ll have a working LTSP environment you can try out. Stephane made a screen cast demoing how easy it is to get an LTSP server up and running in less than 5 minutes running an Edubuntu live DVD and thin client in two virtual machines. 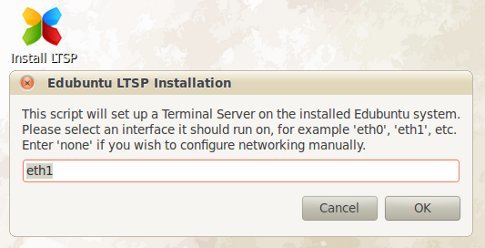 If you have poked around Edubuntu and the Live LTSP environment and you decide that you’re ready for the real thing, you can install Edubuntu and an Install LTSP option will also appear on the desktop. It pretty much only asks you on which interface you would like to run LTSP on, just like the LTSP live environment. All you need to do is click on OK and sit back for 10 minutes while it does everything required to get the LTSP environment set up. 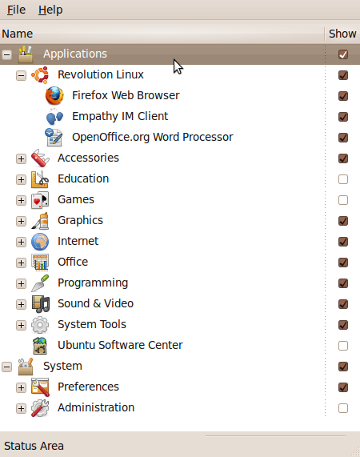 The Edubuntu Menu Editor is a new tool that allows administrators to create custom menu profiles and apply it to users and groups. This is written by Marc GariÃ©py who also works with me and StÃ©phane at Revolution Linux (which sponsors pretty much the bulk of Edubuntu-specific development at this stage) Installing Edubuntu on a netbook? Choose the network interface to get the latest Ubuntu Netbook interface on Edubuntu. It’s a lot faster than previous implementations, I even got great performance from it in a virtual machine with no hardware video acceleration at all. 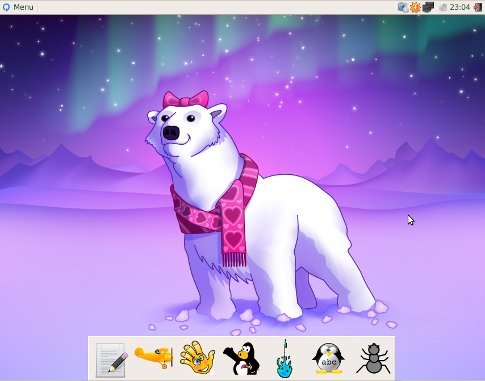 Qimo is an entirely different educational distribution for young kids based on Ubuntu. I’ve been talking to the Michael Hall who develops it for a while so that we can get Qimo in Ubuntu so that Ubuntu users could install it easily. Since then Michael has joined our team and since I became a MOTU it became a lot easier getting his packages into the archives. Michael will probably also become a MOTU and an Edubuntu-Dev member over the next development cycle. We don’t include the Qimo packages on the Edubuntu DVD since it also depends on Xfce, so it is probably better starting with a minimal Ubuntu system or a Xubuntu system if you don’t want too much bloat on your system. Or just get the Qimo beta directly and install.

We have a new wallpaper created by Mads Rosendahl, we now use the Breathe icon theme which feels a lot fresher compared to the Gartoon icon theme that used to be the default (which is still available and included). We also went with the new Ubuntu window control positions which hasn’t been without controversy, but if some users strongly prefer the old window positioning or work in a mixed environment then it can be changed back by simply choosing another theme under the appearances menu. 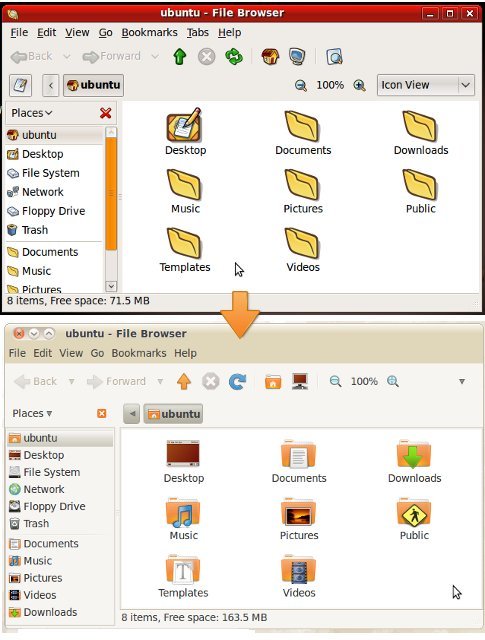 Shortly after the Karmic release a new Edubuntu Council was elected. The role of the Edubuntu Council was also modified and now has more responsibility in the Edubuntu project. Previously it acted as a delegate for the Community Council, now it also acts as a Technical Board delegate for Edubuntu-dev as part of the archive re-organisation that continued to take place during this release.

For the first time ever we have some dedicated people (Susan Stewart and Vikram Dhillion (along with others)) who will be looking after our website. Previously we only had one person at a time (mostly me who alternated with another person) who really didn’t have time to maintain it in the first place. The new website isn’t up yet but we aim to have it up around release time.

We fixed up the plethora of Edubuntu teams on Launchpad.net who all had different owners of which some haven’t been around in a while, now most of the official teams are owned by the Edubuntu Council in addition to current administrators. With some teams we had to completely re-invite all the members since we didn’t know who they were and if they were active any more. We’ve had a generally good response in doing that. There’s still some work here, but the bulk of it has been done.

We now follow the standard Ubuntu team reporting structure for the Edubuntu Reporting (eek, the March report is overdue, will do tomorrow), which are basically just a few bullet points that summarizes some items from our meetings. It works okay and as time goes on we’ll continue getting better at it.

We had wiki and bug hug days where we gave special attention to certain areas that have been neglected on the wiki and where we gave some attention to some long-forgotten bugs. Scott Balneaves and Ben Crisford hosted these, Ben is also currently working on reviving the Edubuntu Advocacy team and we’ll probably see a lot happening in that area over the next release cycle.

No, there’s more, but it’s past 2am now and I need to get this posted so I guess you’ll have to download a daily build or wait for the official release announcement next week to get the full scoop :)

Also, the work never stops, we’ve already started planning for Ubuntu 10.10 (Maverick Meerkat), I sent some of my preliminary ideas to the edubuntu-devel mailing list yesterday. We have a meeting on Wednesday evening UTC where we’ll plan some final wrapping up of Lucid and also put together our ideas in a Gobby document that will end up somewhere on the wiki for discussion at the next UDS.

There’s a lot of people who put in effort to make this release possible, but I think we owe a special thanks to the Ubuntu Release Team who have been extremely quick to reply to feature freeze exception requests and when we have requested new builds to test last-minute bug fixes. If the release team wasn’t as efficient as they are I shudder to think of the problems I would’ve had to worry about right now. You guys rock!