10 Games from the Ubuntu Universe

Now and again, I show some new Linux users some of the games that are available for Ubuntu. Many of those times, theres a seasoned Ubuntu user close by, who says that they haven’t seen that before. I decided to put together a list of 10 games in the Ubuntu Universe that I have installed. I think I’ll also do other lists of 10 things in Ubuntu in the coming months.

Supertux is a Mario Brothers type game. The levels are quite good, but not quite as good as the levels in the original Mario Brothers. You can’t go down pipes yet, and there’s no underwater levels. 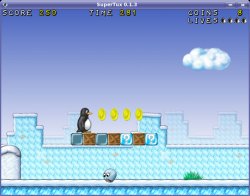 You might remember running Sopwith on an ancient DOS computer with a CGA screen. No? Must be before your time. Sopwith has been ported to Linux, and it’s exactly how I remembered it from ancient times. Last year I discovered Airstrike, it’s a two player game where you have two Sopwith-like planes, with the goal of destroying the other player 5 times to win. 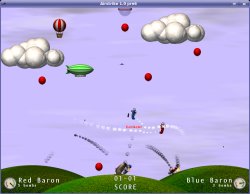 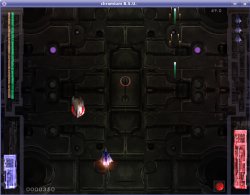 This is a 3-D clone of the original Sim City game. 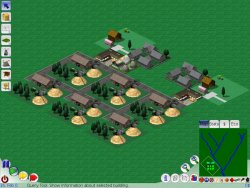 In Neverball, you have to tilt a virtual world to keep a ball running to catch enough coins to pass to the next world. 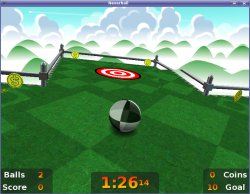 Tremulous is probably the most impressive game in the Ubuntu Universe. Each time I show it to someone, they say that it’s the best free game they have seen so far. 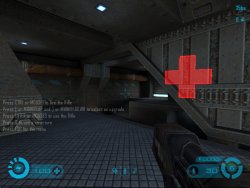 This is a silly little racing game, but some of the billboards in the game is amusing (they still advertise VA Linux). 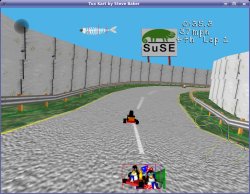 Most people know about this one, it was previously known as Tuxracer. 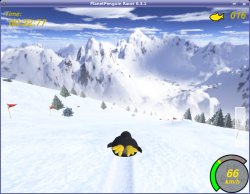 If you’ve played worms before, this is an open source clone of that. 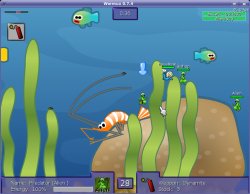 Xmoto is an addictive offroad bike game where balance is everything. 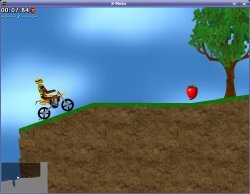