When the Joy theme was picked as the chosen theme for Debian 7.0 (Wheezy), I wanted to do what I could to get as much of it in the archive as possible before the freeze that occurred in June. I’ve been working with Paul Tagliamonte and Vagrant Cascadian and I’m glad that it resulted in some nice things!

The Joy theme is modest and beautiful and I think Debian 7.0 is going to be one of the best looking Debian releases so far. 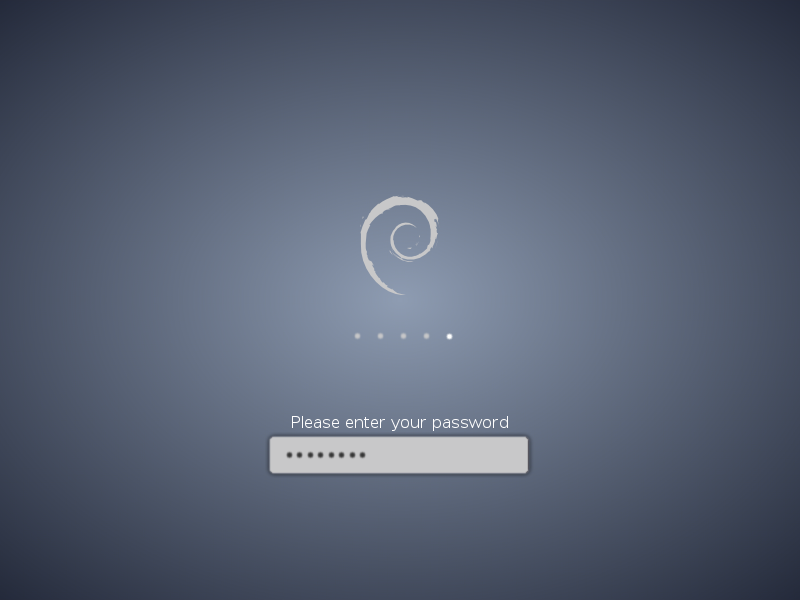 Plymouth is the part that provides the boot splash. It also takes care of a few other things, like showing prompts and progress indicators for filesystem checks, password prompts for encrypted devices and more so that the splash doesn’t need to exit to show those. It’s very scriptable, The installers for the Genesi Efika range of devices even use it for it’s front-end.

I had to play with the colours a bit to get it right, Edubuntu has a light background so I had to invert contrast for things like the input box, but I think it came out nicely.

Splashy isn’t in the archives anymore and it’s not widely used anymore, so I cleaned it up from the desktop-base package so that there’s less clutter shipped with it. 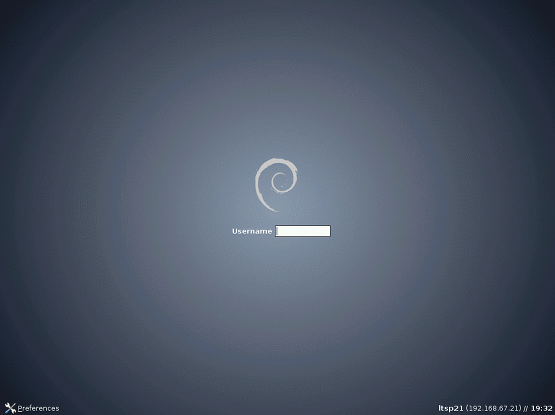 This screenshot actually looks a bit uglier than it should because I took it on a VM that doesn’t have 24bit colour, but we’re looking into what we can do to make it look better on 16bit colour as well.

During Debconf in Nigaragua, Vagrant and I worked on getting the LDM theme in shape. I have already done what I thought was most of the work by the time Debconf started, but it turns out there was a lot more to it to do it properly. We managed to get rid of the gtk2-engines-murrine dependency, which in itself is quite tiny, but it’s a bit backwards in that it depends on the whole rest of the murrine-themes which brings in too much. We took the time to get the dependencies/recommends/etc right and to make it the default theme in Debian without messing it up for any Debian derivatives. It all came together and now when you install LTSP on Debian, you get the Joy theme by default! I’m really glad about that because I didn’t get the Spacefun LDM theme done in time for the Squeeze release. Enjoy!