For the Karmic release, Ubuntu-ZA had 4 release parties that took place in Stellenbosch, Cape Town, Pretoria and Brandford, that’s 4 release parties in the country for one release- a new record for our LoCo Team! I attended the Cape Town event at UCT yesterday which took place in the Shuttleworth Lab. Michael Gorven talked about netbooks and the Ubuntu Netbook Remix, I briefly went through the new features page on the Ubuntu website and did a little demo on gnome-shell. Lots of ISO images and repositories were copied around from external hard disks, the LEG mirror and from the Freedom Toaster (which didn’t work so well anymore later when one DVD writer was hot swapped :p).

There were some people who expected a bit more of a product-launch type event. I guess we need to get more markety type people involved so that we’ll have more fanfare next time, overall it was nice to see some familiar faces and finally meet some people that I’ve only known on the IRC channels and mailing lists before. David Rubin, our newest co-leader has already volunteered to organize the next release party for the Ubuntu 10.04 LTS (Lucid Lynx) release. We had some chat about Lucid and people are generally happy about a release that is more focused towards bug fixes rather then new features. 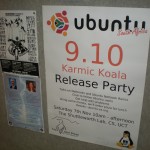 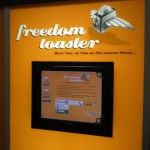 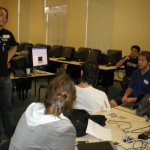 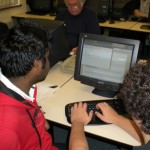 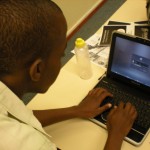 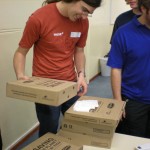 Hi everyone! I'm moving my account to @highvoltage, please follow me there! And thanks to @mastodon.xyz for having me for so long!

I enjoyed #BSides CapeTown this morning, the theme today was "Everything is broken", looking forward to catching up on some of the talks I couldn't make when the videos are released.

This review on Debian 10 is very representative of all the feedback I've gotten from my users on Debian 10 so far (all he missed was desktop icons!) https://www.youtube.com/watch?v=kJhbl4_q5zs

I am so impressed with Hong Kong's citizens, what a gleaming example of how to stand up against corrupt power for the rest of the world. https://www.youtube.com/watch?v=_E41-_jTfUU

100 Papercuts project Debian edition is kicking off in 10 minutes https://bits.debian.org/2019/06/100-papercuts-kickoff.html

Can't wait for this Buster thing to just be released.