Last night I attended the Quarrelsome Quince Geekdinner (wow it’s the end of November already!?). It was ok. The talks were good, Adrianna Pinska (aka confluence) did very well on the kareoke slideshow which was titled something like “The Winners of Safety at Work” which was a bunch of funny slides of people improvising at work mostly doing dangerous things. She did a great job since the slides were almost too easy since they were funny on their own, but she managed to be really quick on her feet and make up some really good stuff. 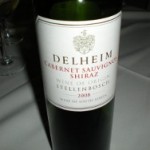 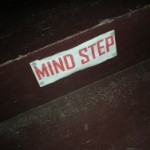 The food at Cafe Max were great and Delheim sponsored the wine. Even though the food and wine was good, I go to the geekdinners more for the geek part than the dinner part. I spent some time catching up with Andy about everything from off-line Wikipedia, tuXlabs, Ubuntu-NGO, Quebec, Canada and the French. I also got some mini-photography lessons from Joe and played with his nice Canon camera (which is why I haven’t took too many shots) but I’m sure he’ll have them up soon. After the geekdinner was officially finished I sat with Jeremy, Simon, Adrianna and Michael a bit, we looked through Jeremy’s xkcd book which was quite cool, besides having all the strips from the xkcd site, it also has lots of cool little puzzles that all fit together. Not sure what happens when you solve them all, but I want one of those books too now! They also talked about some of the problems in their Pyweek game called Rinkhals and somehow listening to them talking about problems in Python is always interesting even when I don’t completely understand. I have a lot going on this weekend but I’ll try to get to the CTPUG meeting tomorrow, I’ve only been to two of the CTPUG meetings before but I’ve always wanted to get more involved.

Oops, drifting a bit off-topic there, the next Geekdinner is at the end of January and if you’re interested you can subscribe to the announce mailing list where the details will be announced. Thanks to all the people who organised it!