I am now a Debian Developer

On the 6th of April 2017, I finally took the plunge and applied for Debian Developer status. On 1 August, during DebConf in MontrÃ©al, my application was approved. If you’re paying attention to the dates you might notice that that was nearly 4 months ago already. I was trying to write a story about how it came to be, but it ended up long. Really long (current draft is around 20 times longer than this entire post). So I decided I’d rather do a proper bio page one day and just do a super short version for now so that someone might end up actually reading it.

In 1999… no wait, I can’t start there, as much as I want to, this is a short post, so… In 2003, I started doing some contract work for the Shuttleworth Foundation. I was interested in collaborating with them on tuXlabs, a project to get Linux computers into schools. For the few months before that, I was mostly using SuSE Linux. The open source team at the Shuttleworth Foundation all used Debian though, which seemed like a bizarre choice to me since everything in Debian was really old and its “boot-floppies” installer program kept crashing on my very vanilla computers. 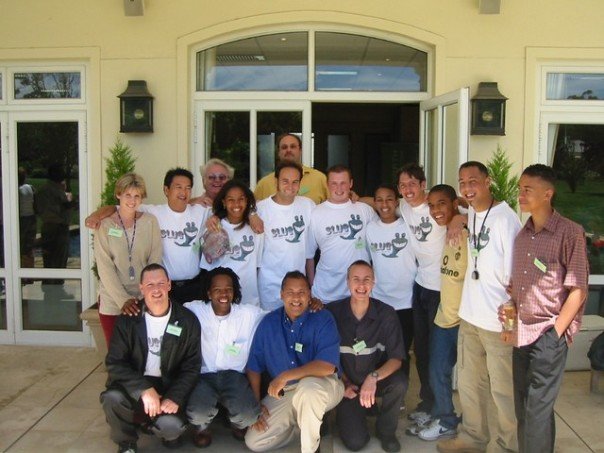 My contract work then later turned into a full-time job there. This was a big deal for me, because I didn’t want to support Windows ever again, and I didn’t ever think that it would even be possible for me to get a job where I could work on free software full time. Since everyone in my team used Debian, I thought that I should probably give it another try. I did, and I hated it. One morning I went to talk to my manager, Thomas Black, and told him that I just don’t get it and I need some help. Thomas was a big mentor to me during this phase. He told me that I should try upgrading to testing, which I did, and somehow I ended up on unstable, and I loved it. Before that I used to subscribe to a website called “freshmeat” that listed new releases of upstream software and then, I would download and compile it myself so that I always had the newest versions of everything. Debian unstable made that whole process obsolete, and I became a huge fan of it. Early on I also hit a problem where two packages tried to install the same file, and I was delighted to find how easily I could find package state and maintainer scripts and fix them to get my system going again.

Thomas told me that anyone could become a Debian Developer and maintain packages in Debian and that I should check it out and joked that maybe I could eventually snap up “highvoltage@debian.org”. I just laughed because back then you might as well have told me that I could run for president of the United States, it really felt like something rather far-fetched and unobtainable at that point, but the seed was planted :) 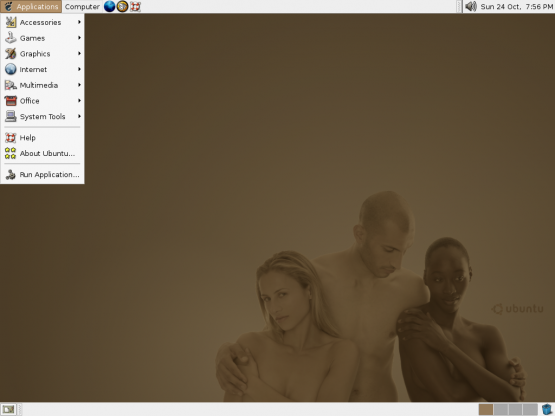 One day, Thomas told me that Mark is planning to provide official support for Debian unstable. The details were sparse, but this was still exciting news. A few months later Thomas gave me a CD with just “warty” written on it and said that I should install it on a server so that we can try it out. It was great, it used the new debian-installer and installed fine everywhere I tried it, and the software was nice and fresh. Later Thomas told me that this system is going to be called “Ubuntu” and the desktop edition has naked people on it. I wasn’t sure what he meant and was kind of dumbfounded so I just laughed and said something like “Uh ok”. At least it made a lot more sense when I finally saw the desktop pre-release version and when it got the byline “Linux for Human Beings”. Fun fact, one of my first jobs at the foundation was to register the ubuntu.com domain name. Unfortunately I found it was already owned by a domain squatter and it was eventually handled by legal.

Closer to Ubuntu’s first release, Mark brought over a whole bunch of Debian developers that was working on Ubuntu over to the foundation and they were around for a few days getting some sun. Thomas kept saying “Go talk to them! Go talk to them!”, but I felt so intimidated by them that I couldn’t even bring myself to walk up and say hello.

In the interest of keeping this short, I’m leaving out a lot of history but later on, I read through the Debian packaging policy and really started getting into packaging and also discovered Daniel Holbach’s packaging tutorials on YouTube. These helped me tremendously. Some day (hopefully soon), I’d like to do a similar video series that might help a new generation of packagers.

I’ve also been following DebConf online since DebConf 7, which was incredibly educational for me. Little did I know that just 5 years later I would even attend one, and another 5 years after that I’d end up being on the DebConf Committee and have also already been on a local team for one. 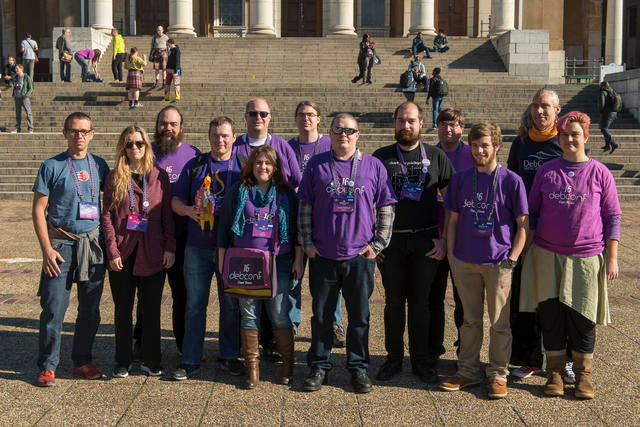 It’s been a long journey for me and I would like to help anyone who is also interested in becoming a Debian maintainer or developer. If you ever need help with your package, upload it to https://mentors.debian.net and if I have some spare time I’ll certainly help you out and sponsor an upload. Thanks to everyone who have helped me along the way, I really appreciate it!