Back at DebConf 15 in Germany, I gave a talk on on AIMS Desktop (which was then based on Ubuntu), and our intentions and rationale for wanting to move it over to being Debian based.

Today, alongside the Debian 9 release, we release AIMS Desktop 2017.1, the first AIMS Desktop released based on Debian. For Debian 10, we’d like to get the last remaining AIMS Desktop packages into Debian so that it could be a Debian pure blend. 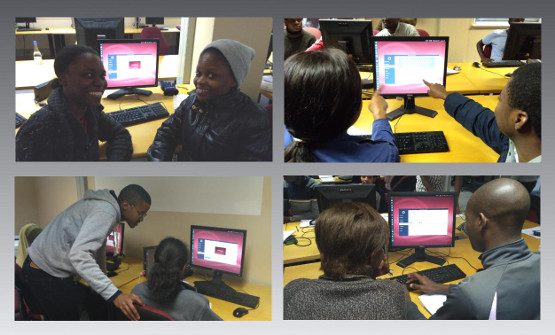 Students trying out a release candidate at AIMS South Africa

It’s tailored to the needs of students, lecturers and researchers at the African Institute for Mathemetical Sciences, we’re releasing it to the public in the hope that it could be useful for other tertiary education users with an interest in maths and science software. If you run a mirror at your university, it would also be great if you could host a copy. we added an rsync location on the downloads page which you could use to keep it up to date.