How to deal with burnout

I just read Sense’s post on retiring from the Ubuntu Community. I was going to leave a comment, but decided to write an entry about it since it affects a lot of other people too.

What is it I’m talking about? It’s called burnout, and it affects most people who strive for big things in their life at least at some point. 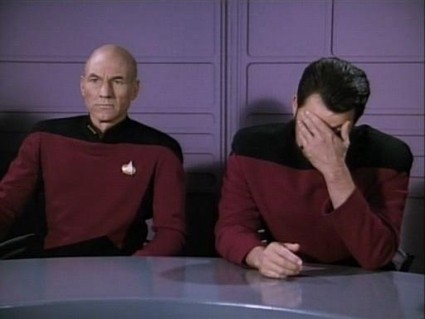 Wikipedia sums it up very nicely in one sentence:

“Burnout is a psychological term for the experience of long-term exhaustion and diminished interest.”

Burnout happens when you lose your steam and you don’t know why you’re doing what you’re doing anymore. It often comes with feelings of worthlessness and just not feeling good enough. A quote from Sense’s blog entry also describes what burnout feels like:

“Often I sit behind the computer, feeling bad about myself because I feel I ought to be contributing to Ubuntu, while Iâ€™m not. This makes me associate feelings of guilt and dissatisfaction with Ubuntu.”

Burnout very often includes the following phases (which are expanded on the Ubuntu Wiki):

I can see a few of these represented in Sense’s blog entry, and I think it’s possible that he may suffer from burnout. I’m no psychologist and I haven’t spoken to him, so it’s in no way any kind of diagnosis, but the circle of wanting to prove yourself and working harder to do so, while neglecting your own needs is a vicious circle that we still see happening too much, and it usually ends up in some form of depression and withdrawal, which is usually a waste because it’s the people that usually care so much that we need to keep around.

Don’t be so hard on yourself

Sense, I think it’s great that you’re taking the time that you need for other things, but I don’t think you should feel compelled to resign from the Ubuntu community. Why not just take a leave of absence? Some of the best community contributors have been away for months or even more than a year at a time, and when they were ready they returned to with more energy and confidence than ever before.

I just want you to know that people appreciate what you’ve done, and the great example you’ve set in the Netherlands for other LoCo members and the great work you’ve done representing Ubuntu everywhere else. I liked Jorge’s comment where he said:

“Concentrate on school and life, it’s not like we’re going anywhere, and we’ll keep the light on for ya…”

He’s right, the Ubuntu community will still be here whenever you’re ready to come back, and your favourite problems will probably still need solving (and if they don’t, there’ll probably be more interesting problems to work on!). I’m not the best person with words and if I was Paul McCartney I’d write a Hey Jude type of song for you, but all I can say is don’t feel too bad about it, no one is holding anything against you, there’s no resentment or grudges when someone needs time for themselves. One of my favourite sayings is “If you want to fix the world, you should start with yourself”. In Ubuntu we should be supportive of that. Also, burnout isn’t permanent, things do get better again!