The War on Time

Whoosh! I’ve been incredibly quiet on my blog for the last 2-3 months. It’s been a crazy time but I’ll catch up and explain everything over the next few entries.

Firstly, I’d like to get out a few details about the last Ubuntu Developer Summit that took place in Copenhagen, Denmark in October. I’m usually really good at getting my blog post out by the end of UDS or a day or two after, but this time it just flew by so incredibly fast for me that I couldn’t keep up. It was a bit shorter than usual at 4 days, as apposed to the usual 5. The reason I heard for that was that people commented in previous post-UDS surveys that 5 days were too long, which is especially understandable for Canonical staff who are often in sprints (away from home) for the week before the UDS as well. I think the shorter period works well, it might need a bit more fine-tuning, I think the summary session at the end wasn’t that useful because, like me, there wasn’t enough time for people to process the vast amount of data generated during UDS and give nice summaries on it. Overall, it was a great get-together of people who care about Ubuntu and also many areas of interest outside of Ubuntu.

I didn’t take many photos this UDS, my camera is broken and only takes blurry pics (not my fault I swear!). So I just ended up taking a few pictures with my phone. Go tag yourself on Google+ if you were there. One of the first interesting things I saw when arriving in Copenhagen was the hotel we stayed in. The origami-like design reminded me of the design of the Quantal Quetzel logo that is used for the current stable Ubuntu release. 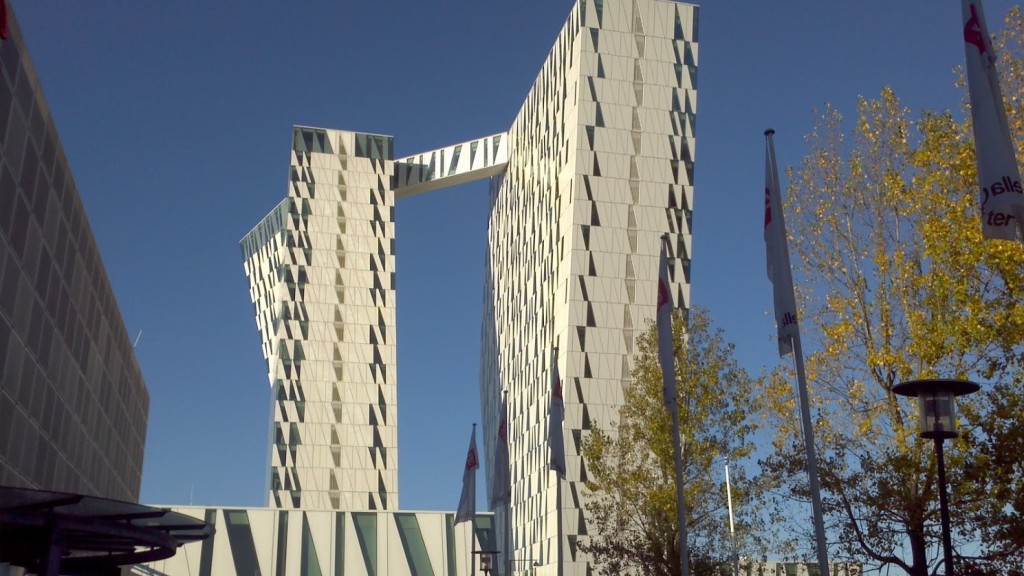 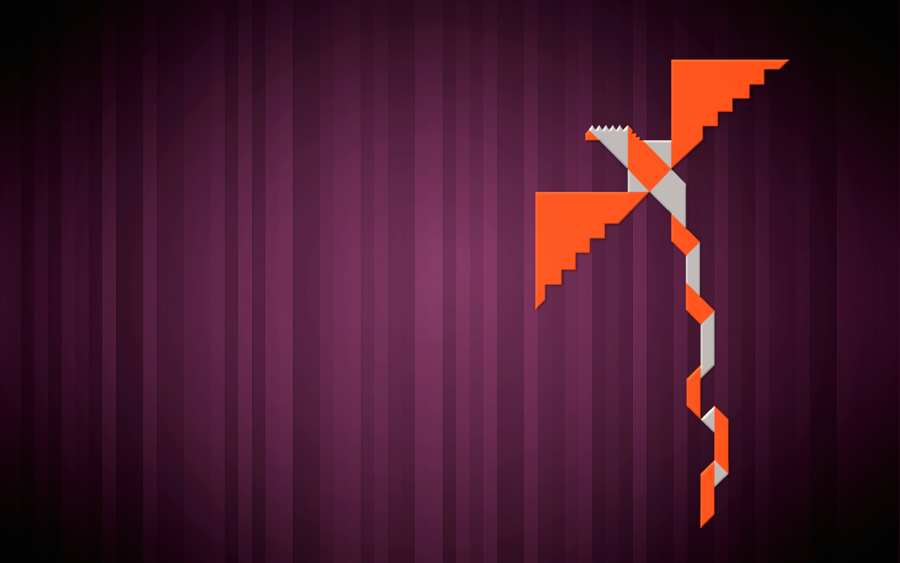 The Road ahead for Edubuntu to 14.04 and beyond

StÃ©phane previously posted about the vision we share for Edubuntu 14.04 and beyond, this was what was mostly discussed during UDS and how we’ll approach those goals for the 13.04 release.

This release will mostly focus on the Edubuntu Server aspect. If everything works out, you will be able to use the standard Edubuntu DVD to also install an Edubuntu Server system that will act as a Linux container host as well as an Active Directory compatible directory server using Samba 4. The catch with Samba 4 is that it doesn’t have many administration tools for Linux yet. StÃ©phane has started work on a web interface for Edubuntu server that looks quite nice already. I’m supposed to do some CSS work on it, but I have to say it looks really nice already, it’s based on the MAAS service theme and StÃ©phane did some colour changes and fixes on it already. 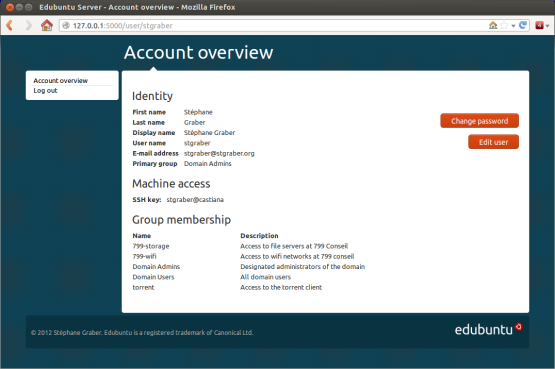 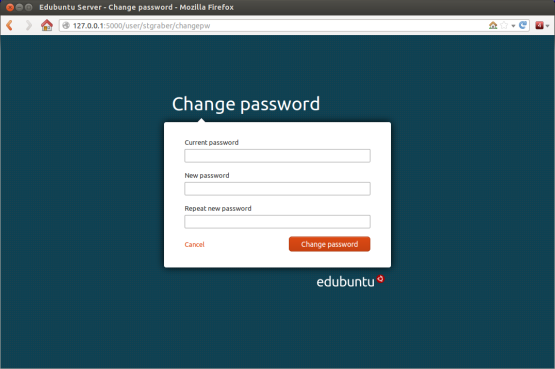 From the Edubuntu installer, you’ll be able to choose whether this machine should act as a domain server, or whether you would like to join an existing domain. Since Edubuntu Server is highly compatible with Microsoft Active Directory, the installer will connect to it regardless of whether it’s a Windows Domain or Edubuntu Domain. This should make it really easy for administrators in schools with mixed environments and where complete infrastructure migrations are planned. 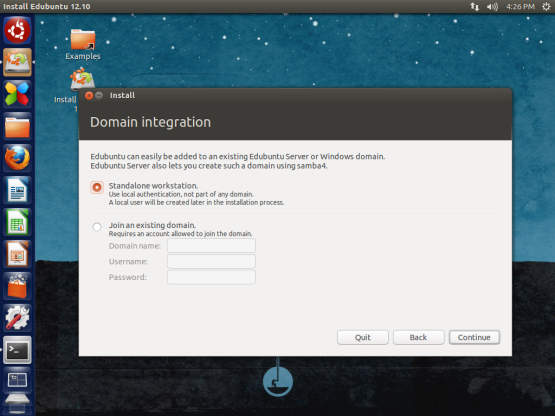 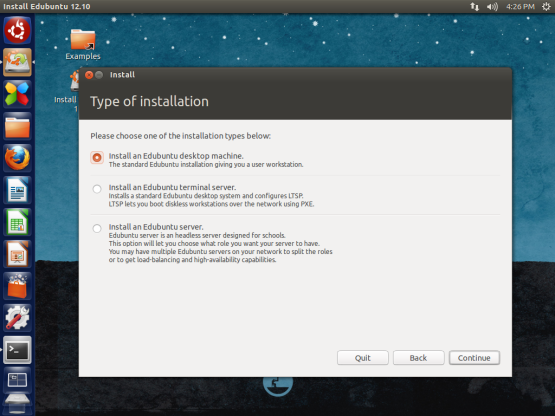 You will be able to connect to the same domain whether you’re using Edubuntu on thin clients, desktops or tablets and everything is controllable using the Epoptes administration tool.

Many people are asking whether this is planned for Ubuntu / Ubuntu Server as well, since this could be incredibly useful in other organisations who have a domain infrastructure. It’s currently meant to be easily rebrandable and the aim is to have it available as a general solution for Ubuntu once all the pieces work together.

This cycle, Ubuntu is making some changes to the release schedule. One of the biggest changes made  this cycle is that the alpha and beta releases are being dropped for the main Ubunut product. This session was about establishing how much divergence and changes the Ubuntu Flavours (Ubuntu Studio, Mythbuntu, Kubuntu, Lubuntu and Edubuntu) could have from the main release cycle. Edubuntu and Kubuntu decided to be a bit more conservative and maintain the snapshot releases. For Edubuntu it has certainly helped so far in identifying and finding some early bugs and I’m already glad that we did that. Mythbuntu is also a notable exception since it will now only do LTS releases. We’re tempted to change Edubuntu’s official policy that the LTS releases are the main releases and treat the releases in between more like technology previews for the next LTS. It’s already not such a far stretch from the truth, but we’ll need to properly review and communicate that at some point.

Valve at UDS and Steam for Linux 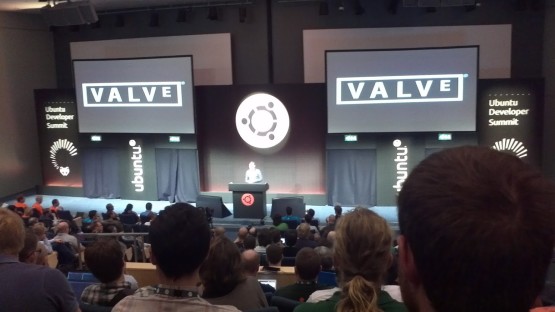 One of the first plenaries was from Valve where Drew Bliss talked about Steam on Linux. Steam is one of the most popular publishing and distribution systems for games and up until recently it has only been available on Windows and Mac. Valve (the company behind Steam and many popular games such as Half Life and Portal) are actively working on porting games to run natively on Linux as well.

Some people have asked me what I think about it, since the system is essentially using a free software platform to promote a lot of non-free software. My views on this is pretty simple, I think it’s an overwhelmingly good thing for Linux desktop adoption and it’s been proven to be a good thing for people who don’t even play games. Since the announcement from Valve, Nvidia has already doubled perfomance in many cases for its Linux drivers. AMD, who have been slacking on Linux support the last few years have beefed up their support drastically with the announcement of new drivers that were released earlier this month. This new collection of AMD drivers also adds support for a range of cards where the drivers were completely discontinued, giving new life to many older laptops and machines which would be destined for the dumpster otherwise. This benefits not only gamers, but everyone from an average office worker who wants snappy office suite performance and fast web browsing to designers who work with graphics, videos and computer aided design.

Also, it means that many home users who prefer Linux-based systems would no longer need to dual-boot to Windows or OS X for their games. While Steam will actively be promoting non-free software, it more than makes up for that by the enablement it does for the free software eco-system. I think anyone who disagrees with that is somewhat of a purist and should be more willing to make compromises in order to make progress.

Last week, there was a lot of media noise stating that Ubuntu will no longer do releases and will become a rolling release except for the LTS releases. This is certainly not the case, at least not any time soon. One meme that I’ve noticed increasingly over the last UDSs was that there’s an increasing desire to improve the LTS releases and using the usual Ubuntu releases more and more for experimentation purposes.

I think there’s more and more consensus that the current 6 month cycle isn’t really optimal and that there must be a better way to get Ubuntu to the masses, it’s just the details of what the better way is that leaves a lot to be figured out. There’s a desire between developers to provide better support (better SRUs and backports) for the LTS releases to make it easier for people to stick with it and still have access to new features and hardware support. Having less versions between LTS releases will certainly make that easier. In my opinion it will probably take at least another 2 cycles worth of looking at all the factors from different angles and getting feedback from all the stakeholders before a good plan will have formed for the future of Ubuntu releases. I’m glad to see that there is so much enthusiastic discussion around this and I’m eager to see how Ubuntu’s releases will continue to evolve.

Lightning talks are a lot like punk-rock songs. When it’s good, it’s really, really amazingly good and fun. When it’s bad, at least it will be over soon :)

Unfortunately, since it’s been a few months since the UDS, I can’t remember all the details of the lightning talks, but one thing that I find worth mentioning is that they’re not just awesome for the topic they aim to produce (for example, the one lightning talks session I attended was on the topic of “Tests in your software”), but since they are more demo-like than presentation-like, you get to learn a lot of neat tricks and cool things that you didn’t know before. Every few minutes someone would do something and I’d hear someone say something like “Awesome! I didn’t know you could do that with apt-daemon!”. It’s fun and educational and I hope lightning talks will continue to be a tradition at future UDSs.

Stefano Rivera (fellow MOTU, Debianista, Capetonian, Clugger) wins the prize for person I’ve seen in the most countries in one year. In 2012, I saw him in Cape Town for Scaleconf,  Managua during Debconf, Oakland for a previous UDS and Copenhagen for this UDS. Sometimes when I look at silly little statistics like that I realise what a great adventure the year was!

Between the meet ‘n’ greet, an evening of lightning talks and the closing party (which was viking themed and pretty awesome) there was just one free evening left. I used it to gather with the Debian folk who were at UDS. It was great to see how many Debian people were attending, I think we had around a dozen or so people at the dinner and there were even more who couldn’t make it since they work for Canonical or Linaro and had to attend team dinners the same evening. It was as usual, great to put some more faces to names and get to know some people better.

It was also great to have a UDS with many strong technical community folk present who is willing to engage in discussion. There were still a few people who felt missing but it was less than at some previous UDSs.

I also discovered my face on a few puzzles! They were a *great* idea, I saw a few people come and go to work on them during the week, they seem to have acted as good menial activities for people to fix their brains when they got fried during sessions :) 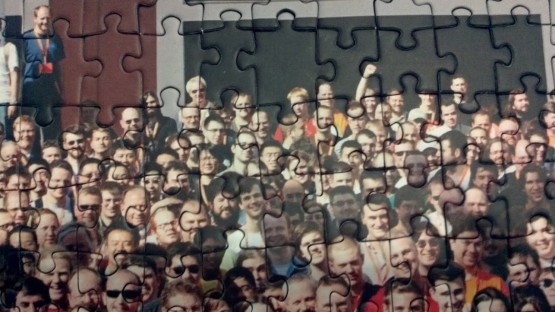 Overall, this was a good and punchy UDS. I’ll probably not make the next one in Oakland due to many changes in my life currently taking place (although I will remotely participate), but will probably make the one later this year, especially if it’s in Europe. I’ll also make a point of live-blogging a bit more, it’s just so hard remembering all the details a few months after the fact. Thanks to everyone who contributed their piece in making it a great week!