Close to the end of the Lucid release cycle, I posted an update of what’s been happening in the Edubuntu project. Now seems like a good time to do it again! This release wasn’t as big shake-up as the last one, but it’s still a very good release for Edubuntu that builds on the work we did in the previous release.

A few weeks ago we silently launched a new website. It’s not that great yet, but it’s already a big improvement over our old one. We also now have Facebook, Identica and Twitter profiles, as well as a YouTube channel. The next step is to get lots of user stories, photos and videos on the site. In particular, we’ll try to include informative videos on how people used Ubuntu in their institution to deliver education. 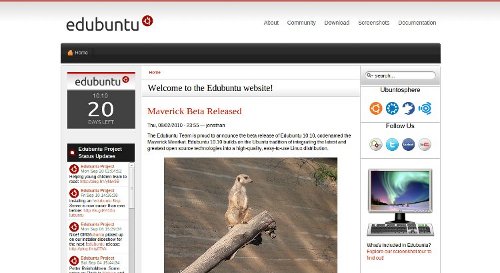 For Lucid we moved completely to a graphical installation. After installation a user could choose from the Live CD to install LTSP and the Ubuntu Netbook Remix interface. It worked great but it wasn’t very intuitive. Many users who meant to install LTSP didn’t quite know about it and hit the reboot button at the end of the installation and completely missed it. We decided to do it properly for Maverick and have it integrated right there in the installer. Below are links to Glade mockups I made earlier. Unfortunately there just wasn’t time to implement everything, especially with a lot going on in my personal life and work in the first half of the release cycle. 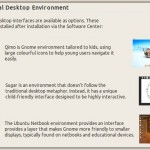 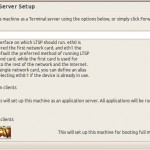 About two weeks ago I told StÃ©phane that I don’t feel up to getting the Ubiquity changes all done in time and that I’m going to revert back to how we did it in Lucid, and defer the installation improvements for Maverick. Within a day or two he had it already working properly: 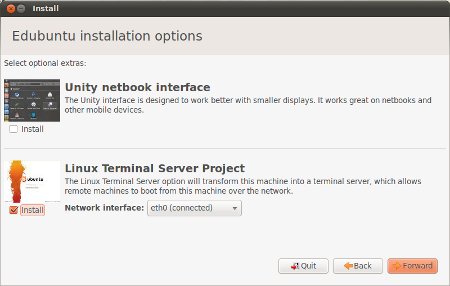 It’s now the easiest LTSP installation ever. You literally just choose that you want to install it, and which interface it should run on.

Gnome Nanny is a relatively new addition in the Gnome family of tools. I came across it in this Tectonic article and thought that it would be a great addition to Edubuntu. It works good for home or small classroom use, but it doesn’t support groups yet so it’s not particularly useful for large deployments yet. It has some good potential though and I hope it will just keep on getting better! 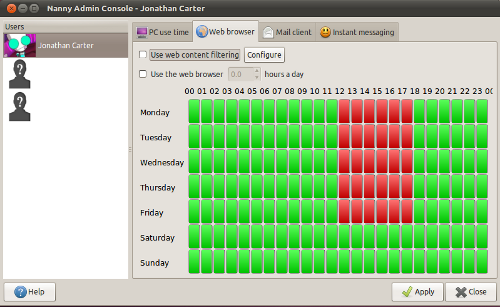 The default wallpaper stayed pretty much the same, but we added some more wallpapers to make things a bit more exciting. Some of them are especially nice, you can get them directly from the Edubuntu website if you don’t want to install the edubuntu-artwork package. For Natty we’ll most likely split the wallpapers off in an edubuntu-wallpapers package. 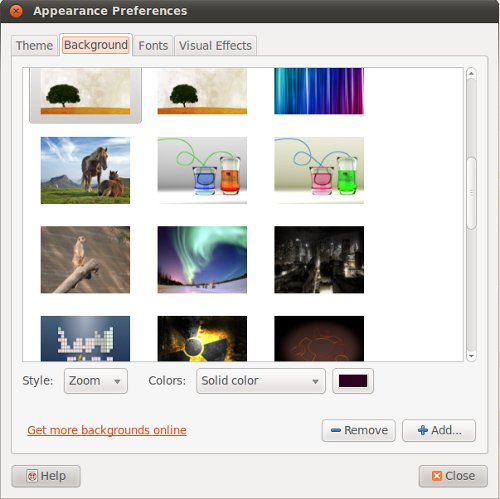 Documentation can be somewhat of a challenge. There’s been several projects before to write a complete big Edubuntu handbook that explains the A-Z of everything you need to know about using Ubuntu in educational environments. That approach didn’t quite work.  For Maverick we basically just link to all the upstream versions of the documentation and wrote documentation for the Edubuntu specific parts that don’t exist yet. We’re currently also working on the Edubuntu 10.10 installation guide that’s currently still very much work in progress, but viewable. For Natty I hope that we’ll be able to properly revitalize our documentation efforts and also work closer with the Ubuntu documentation team.

Ubuntu 10.10 will be released on (20/)10/10/10. The date was chosen because 101010 is 42 in binary, which happened to be the answer to Life, the Universe and Everything in the Hitchhiker’s Guide to the Galaxy (HHGTTG) series, which happens to be quite popular amongst Ubuntu folk. An easter egg is a hidden feature in a program, quite often a joke that is meant to be accidentally or sometimes even never to be discovered. The vim text editor has a HHGTTG easter egg that you can access by typing “:help 42”

I guess no one would ever notice it if I don’t point it out, but the background of the Edubuntu Ubiquity Slideshow happens to be #424242. There are at least 2 other HHGTTG easter eggs planted in Edubuntu, but I’d be a spoil sport if I revealed them now already :) 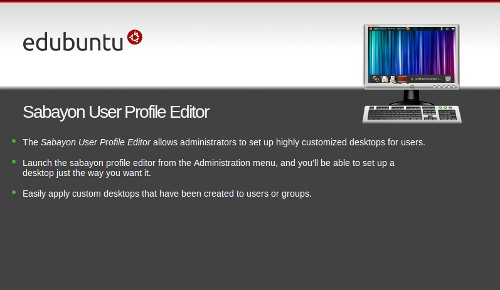